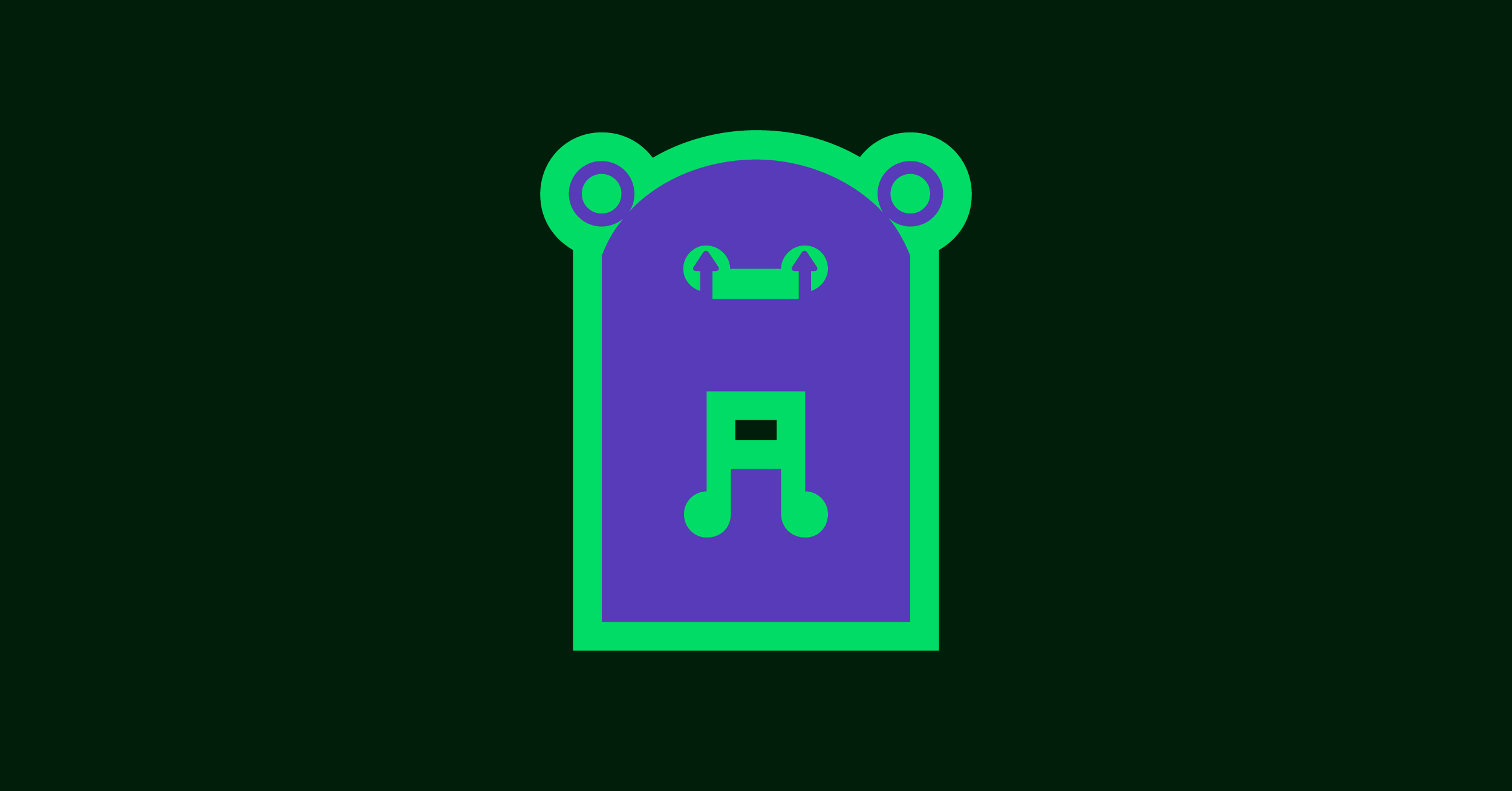 Absence as Presence: about BB21 typeface for FIG 2021

When Loraine Furter and Benjamin Dupuis invited me to create the visual identity for the Festival International de Graphisme de Liège 2021, I decided to take as a reference the concept of “incantation”. This notion will be the main theme of our next issue Revue Diorama No.3, Yokai Types Incantations based on a sentence by Antonin Artaud. I am currently very much interested in la littérature fantastique, especially Guy de Maupassant, Japanese Shintoism, African ideograms and pop culture: which evokes the idea of how to transcend ordinary in fantasy.

Starting with this idea of words that have a magical effect when spoken, I wanted to design a font for FIG that carried with it the spirit of the venue of the festival: « les Brasseurs » in Liège. The grids surrounding the staircase are emblematic of the location and feature rounded metal bars with small circles on top of each of them giving the place its special atmosphere, so I wanted to try and create a font that carried the same feeling. At the beginning of the creative process for the font, my idea was therefore to make it a clear echo of le Brasseur with a strong signage that recalls the architecture of the room, but with the sanitary measures due to the Covid-19 epidemy, the 2021 edition of the FIG festival could unfortunately not be maintained in physical but had to be moved over to the digital realm. 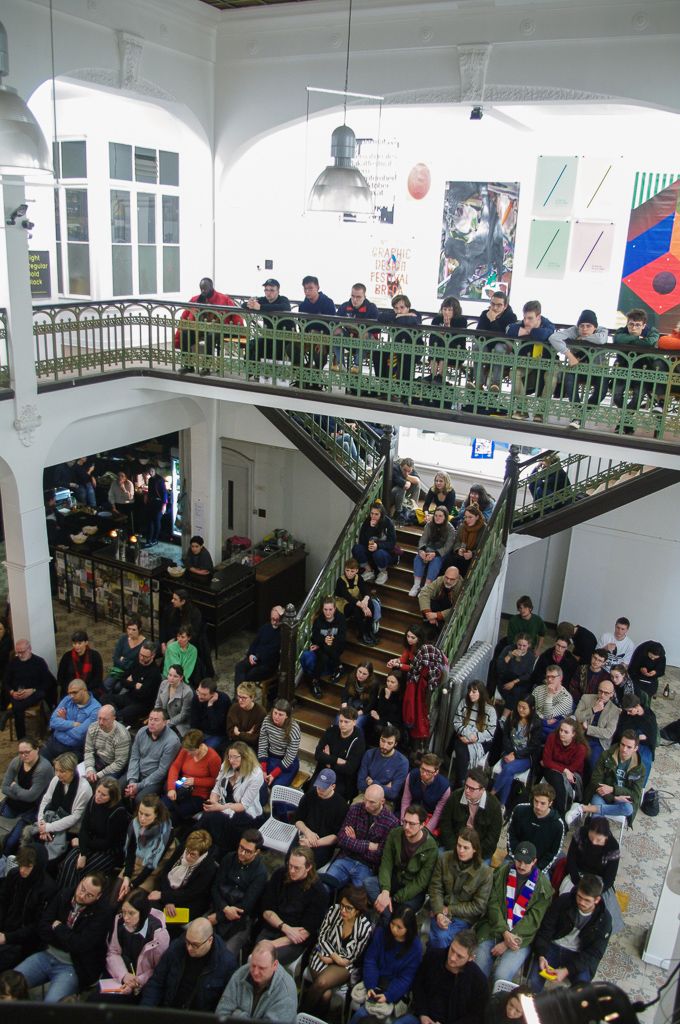 I decided to maintain this creative approach of working on the location, but without the location, by paying tribute to the space Les Brasseurs and its crowds using the BB21 font. There is a romantic aspect to this font that tries to manifest the absence and yet also the metaphysical encounter with the venue through the spirit of its staircase, embodied by the typography: my interpretation of an incantation, as mentioned earlier.

In my design, I decided to keep the presence of the top bar and the triangles of the staircase grids by symbolizing them with triangles. I quickly realized that the circles on the sides of each letter seemed to give them bear ears and thought that this unexpected aspect of the font had to be emphasized so I developed the animal monster side hidden in the letters. Much like pareidolia, when a person perceives faces on an object or abstract pattern, the idea was to hunt each creature like faces in the font and bring them forward to the viewer. Since the font features no spaces between each letter, these monstruous counter forms appear sharply in the text and I also decided to use some of those counter forms instead of regular spaces for text. There will be 2 alternate versions of the font available on the Diorama Type Partners foundry: one will feature a simple bar on top for more legibility, while the other will feature the monsters counter forms instead, for more eccentricity. For the website, I like the idea of these virtual crowd of type-ghosts and the day-night effect as a touch of digital romantism. These type-monsters are the inhabitants of the letters. They are born from the contre-formes of the letters. I like the idea that they can populate the blank space, as the forms between words or the margins as ornaments.

Just like I had experienced with the design of my Mesh typeface, also soon available on the Diorama Type Partners foundry, I wanted to create a font that could physically be used as signage in a venue and therefore had to be able to stand up on its own. Mesh was a tricky typeface to design as it emerged from a 3D sculpture and was used in a video-game landscape: all the letters can physically stand on the ground. When designing BB21, I wanted to go with the same direction as I think it creates a special experience seeing fonts being used not a digital display but rather in a real-life environment. For the story, the font’s name means Brew Bear 2021 as a direct reference to FIG 5th edition. 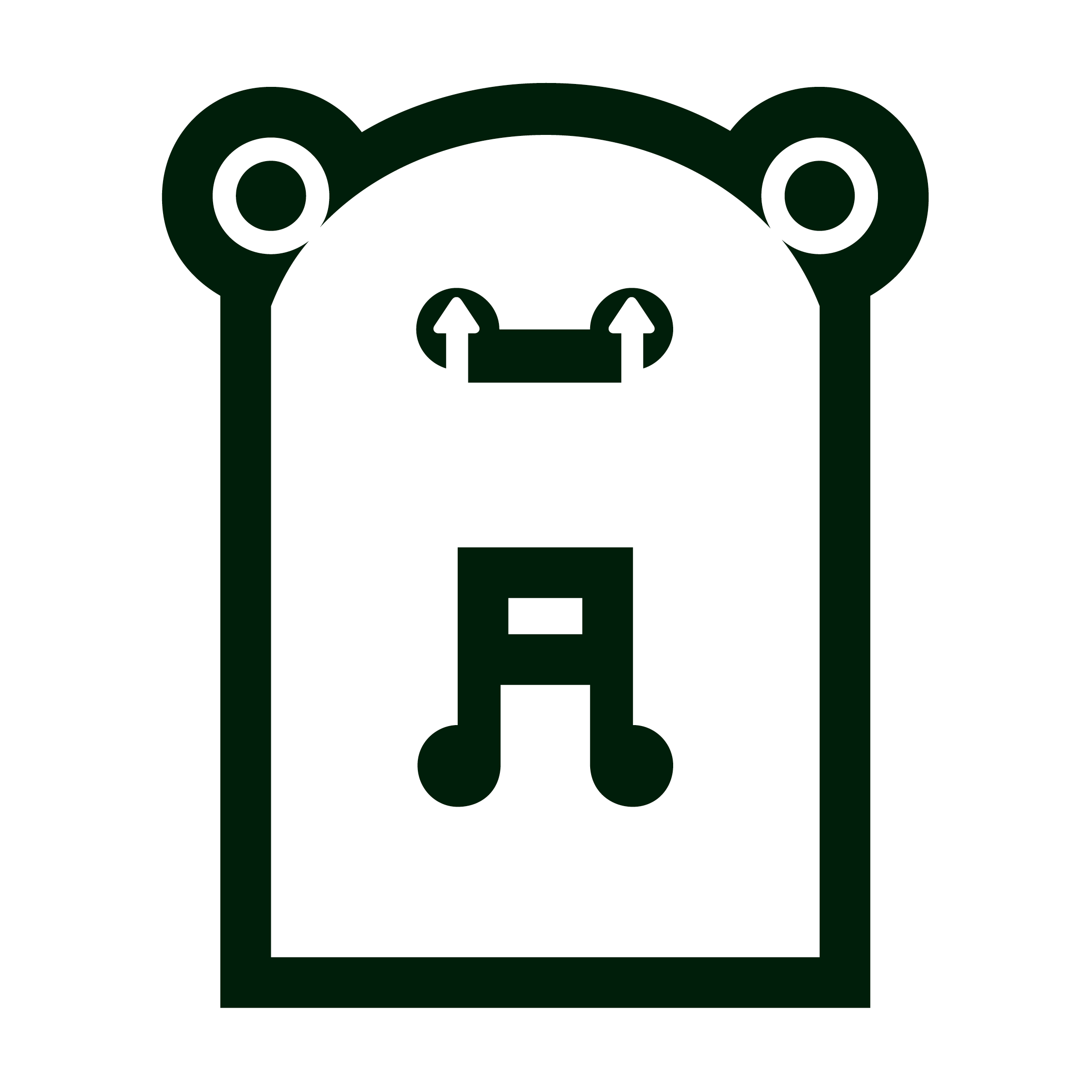 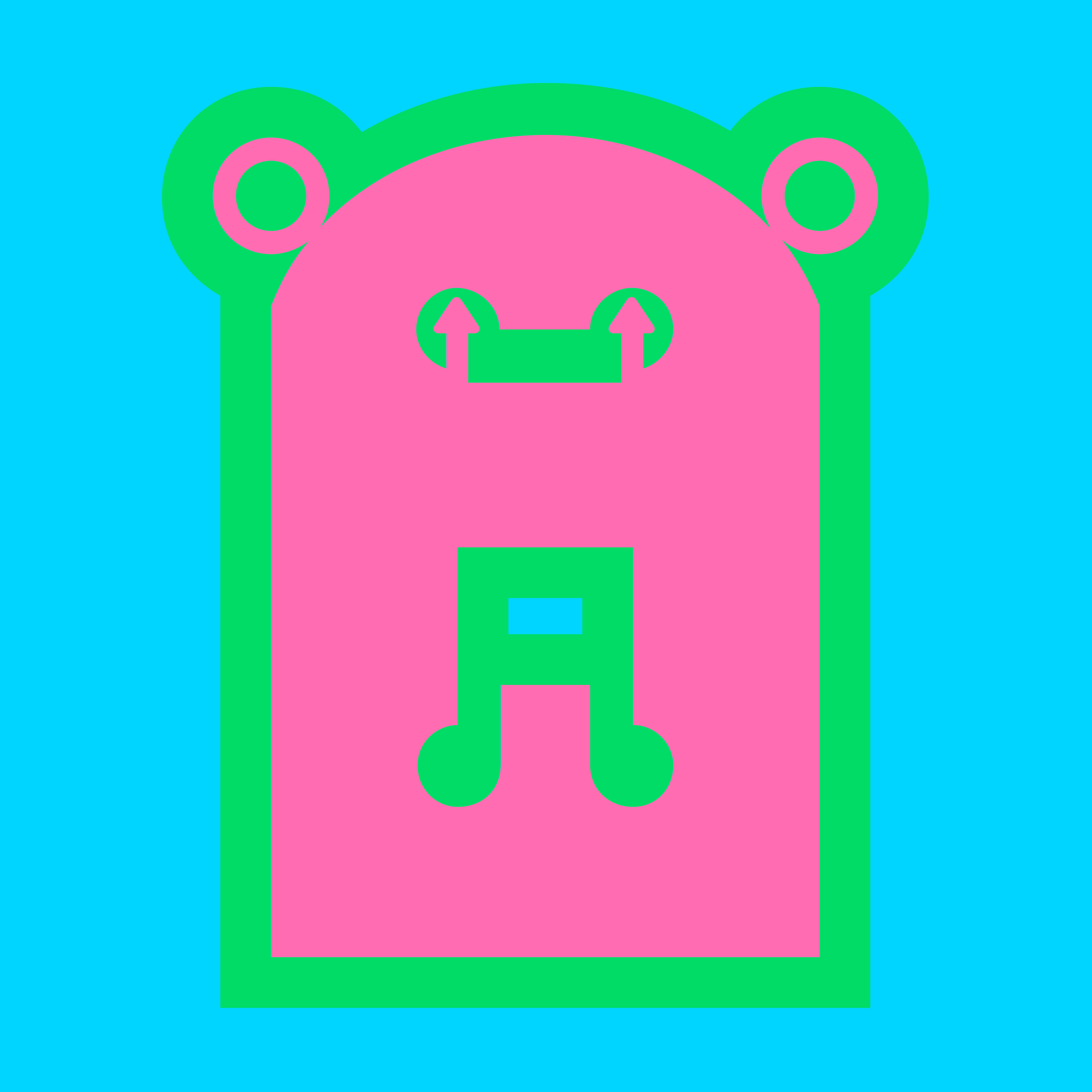 Thanks to all the team of FIG for the invitation and Marine Stephan for the development of BB21!

Marie-Mam Sai Bellier (1994) is a graphic and type designer, art director and editor. Her practice revolves around typography, its history, and its relationship with publications both within traditional and avant-garde. She invokes typography within visual arts and writing, through various research projects where History and Zeitgeist are naturally intertwined. She obtained a MA in Graphic Design with honors at the School of Fine Arts of Lyon in 2017; whereupon she won the Renaud Foundation Price the same year. Since, she co-directs the publishing house Diorama Type Partners alongside with Guillaume Sbalchiero and publishes the typographic magazine Revue Diorama, which introduced for September 2021 the distribution of its fonts. She considers the text as an image, as a subject, but also as a historical witness of its time. Her practice as a type designer and researcher is vividly present within her commissioned projects of graphic design. By conceiving visual identities for fashion, music, gaming, cinema, art, and more, her work witnesses a singular and tailor-made aesthetic, in which the text is always seen as an essence caring the story and sculpting the silhouette of a word, empowering its meaning.